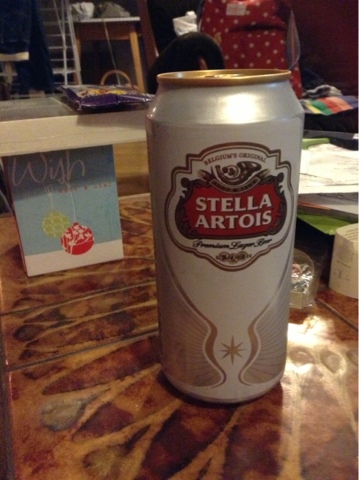 It’s a bloody good job Christmas only comes once a year, except in James Bond films. I would become a permanently grumpy old woman. All those cheerful adverts – Asda is the prime offender this year – praising mums for being the warm heart around which family Christmas revolves. I don’t have a mother and I am not one. It would be inspiring to see a retailer showing us some alternative Christmas celebrations – single women (with or without cats), eating their favourite food and enjoying being free from sticky fingers and dysfunctional family dynamics. And not in a Bridget Jones style either.

I’m off to spend the holidays in the bosom of someone else’s family. I’m hoping it will include puppy-cuddling, excessive consumption of booze and the chance to walk on the beach with someone I love.

Many bike based adventures

It has been an expensive day. 2Moos has new tyres, I have a new haircut and my bank balance has £450 less in it than was there this morning.

Neither of these items could be postponed. The tyres are both flat and bald, leading to some very squirrely white line moments on these cold greasy mornings; and though my hair might not be bald it is certainly grey in parts it should not be, especially with a works party tomorrow and a holiday coming up.

After entrusting 2Moos to Phil at Cambridge Motorcycles I folded myself onto the tiny Suzuki and had an equally diminutive espresso from Christina to kickstart the day – but when I went back to the Suzuki a few hours later for the return journey to collect a freshly reshod Africa Twin, the battery gave the engine one limp spin and died.

Not really good news on a freezing cold night and with a pressing appointment for a new coat of dye.

So I called Phil, and he said give me five minutes and I’ll come round in the van. I lurked on the street corner, fortunately not reciving any offers, until the van arrived and Phil opened the back doors to reveal….a rather small moped. Which didn’t seem a fair swop for an Africa Twin, even if one of the heated grips isn’t working and the high beam switch keeps getting stuck on.

One short van ride later and a brief pause to admire the Cambridge Motorcycles tree, I was back where I am supposed to be – on a large Gnarly Thing, which feels at least 2 inches taller on new rubber.

Back to the office, grab stuff, run to Toni & Guy for what is a really rather splendid retouch, then to the Hungry Horse to catch up with some biker friends. One of whom was the wronged party in this case, which is on my mind these dark evenings when cyclists ride with no lights and then write to the Cambridge News claiming that the only person they are endangering is themselves. Not so.

And now I’m shivering next to my hot water bottle and consoling myself with the thought that in 10 days I will be on a plane, migrating south.

I have in my hand a piece of paper….

I was determined that I wasn’t going to bid for one of Graham’s memory sticks with the 2009 LM list on – 2 reasons: firstly, it feels a little bit like getting an unfair advantage, and mainly, because I’m rubbish at keeping secrets. It’s not my fault, it’s genetic – Hairy Harry, my A-level English teacher, used to challenge us to name the three mass communication devices of the 20th Century: telephone, telegraph, and tell-a-woman.

But my curosity is stronger than my principles, and here I am with one plugged into my mac, and a sneak preview (see – even the english language regards previews as a bad thing) rolling out of the printer.

The first peek at the list is like coming downstairs on Christmas morning and examing the shape, rattle and heft of your presents to see if you know what any of them are before you’re allowed to open them properly (I’m told other families were allowed to get stuck in more or less as soon as they woke up. As Highwayteen I had to wait for my sister to get up, have a cup of tea, have a shower, wash her hair, dry her hair……but I’m not bitter 😉

In big red letters it says here “Please note that any person that publishes or allows to be published by any medium the current year’s landmarks before the end of the rally will be liable to disqualification.” So I have to be very careful in expressing my happiness, but my first look at the list tells me that it includes the venue of my sister’s wedding – which I would have photos of myself at on a bike already were it not for the fact that I crashed on the way to it trying to brake for another LM I’d just sailed stright past (and I use sailed advisedly given the weather at the time); and that while bagging another LM I will have the opportunity to buy some rather wonderful 4-ply sock wool.

I hope that’s cryptic enough – would be a shame to get disqualified before I’d even started (!) It looks like we are all in for another fantastic tour of Britain.

Filed under Round Britain Rally